To create a values-based world

We are doing this by systemically integrating the Doing Good Model as a day-to-day tool, combining universal human values at the core
of individuals, businesses, nonprofit organizations and communities, for the benefit of all of society. 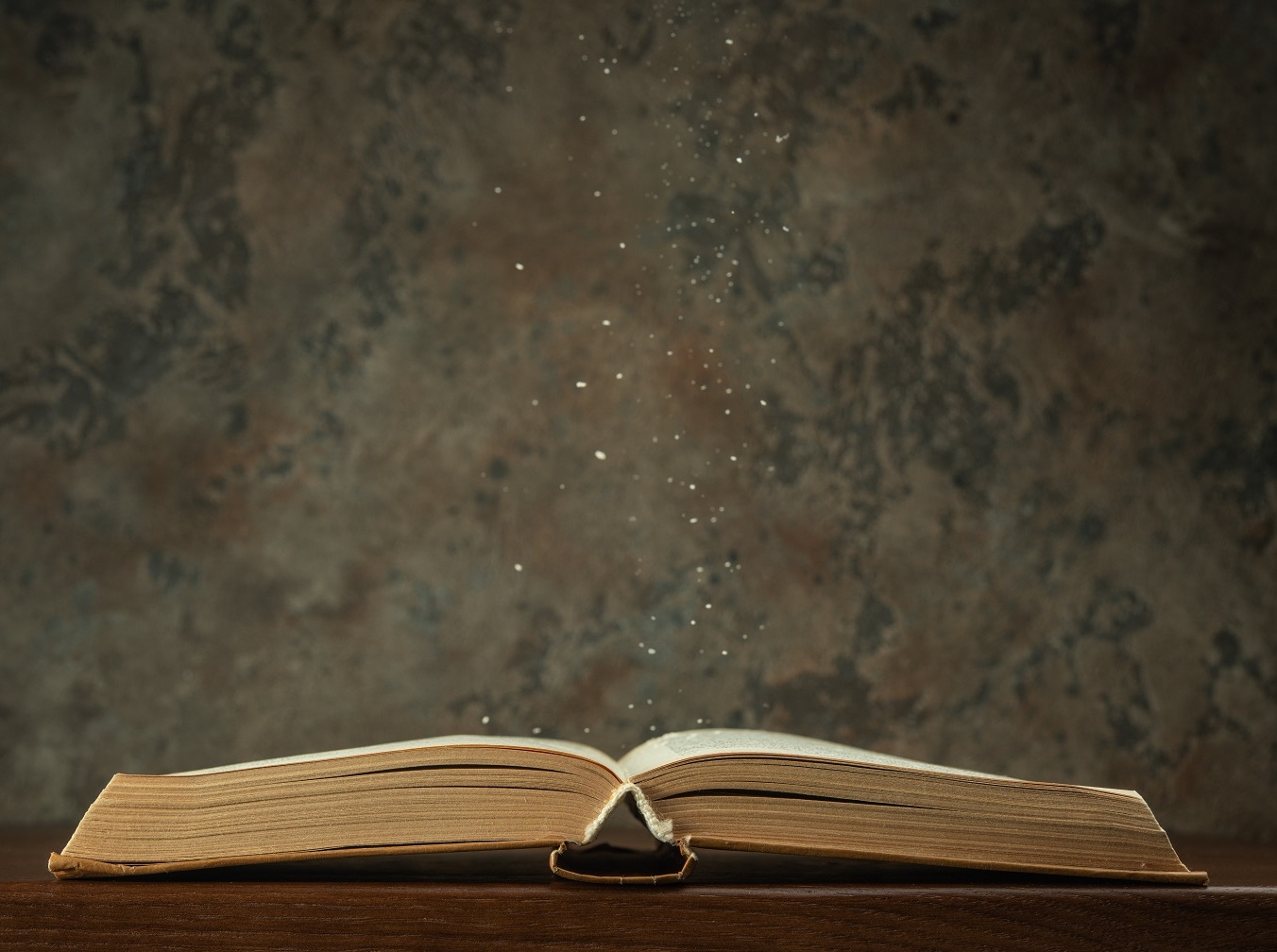 The Doing Good Model is the visionary brainchild of businesswoman and philanthropist Shari Arison, who started creating it in 1997 by defining values-based visions for diverse organizations.
While parts of the model have been implemented over the years in business and philanthropy, it was launched as a complete model in 2010 after it was solidified in a joint process with all of the Chairmen and CEOs at the Arison Group, together with an academic team from some of the world’s leading universities, including Harvard, Thunderbird, Babson, and George Mason.
Since 2011, parts of the model have been implemented in a wide range of businesses and organizations at the Arison Group, operating in the fields of finance, infrastructure, industry, real estate, energy, water, and in social enterprises focused on philanthropy, volunteering, spirituality, education, and arts. Additionally, tools and methodologies have been developed that enable the model to go beyond – serve outside the scope of the Arison Group, to expand the circles of impact. The Doing Good Model proves that organizations driven by meaning, who give their employees a sense of value and promote environmental protection, are business-thriving organizations. In 2017, The Doing Good Model Company was established with the vision of making a values based world, led by David Arison.

DGM AND SDGS: A PERFECT MATCH

from vision to reality 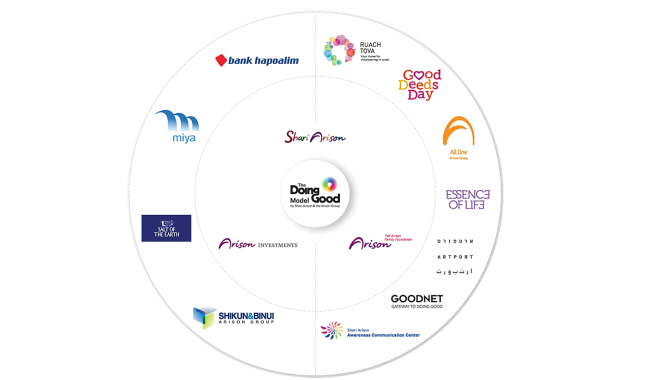 The birth of a new Values driven orginizational model

In the midst of the financial crisis Shari Arison gathered all Chairpersons and CEOs of the Arison Group to create a new values driven orginizational model. 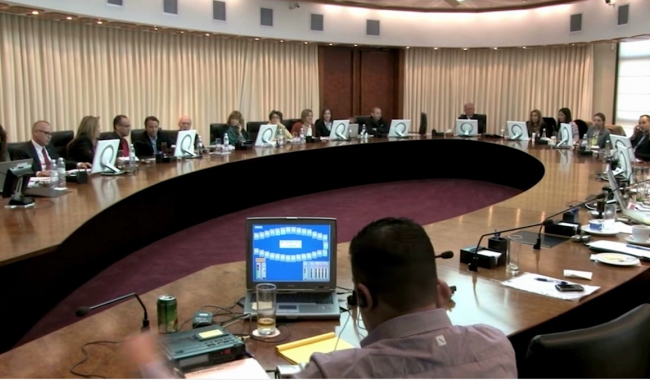 The creation of the Doing Good Model 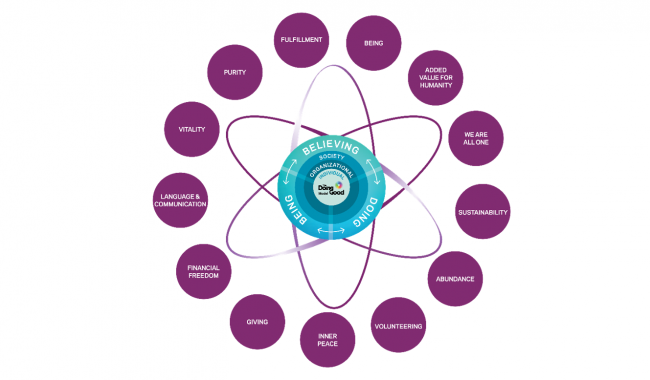 Finalizing the model with Academic teams 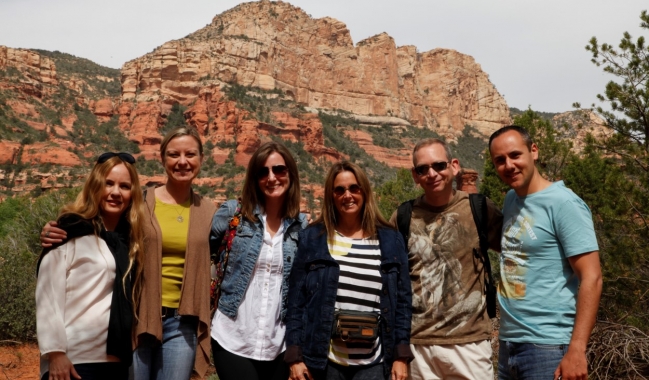 Chairpersons and CEOs of the Arison Group getherd for the first Doing Good Model Workshop. 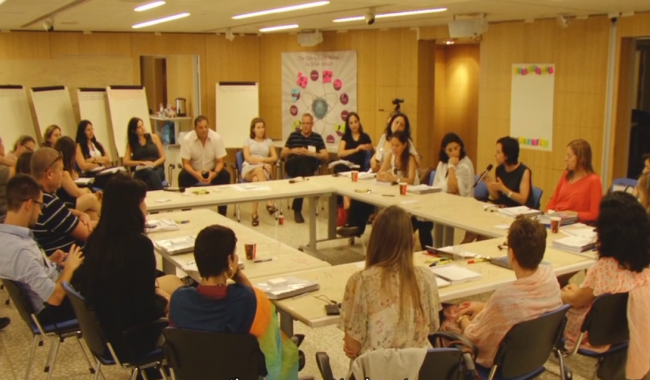 Shari Arison received honorary doctorate from GMU following the establishment of an endowment professorship at the university, to help advance values-driven activity in all aspects of life and grounding The Doing Good Model in academic research. 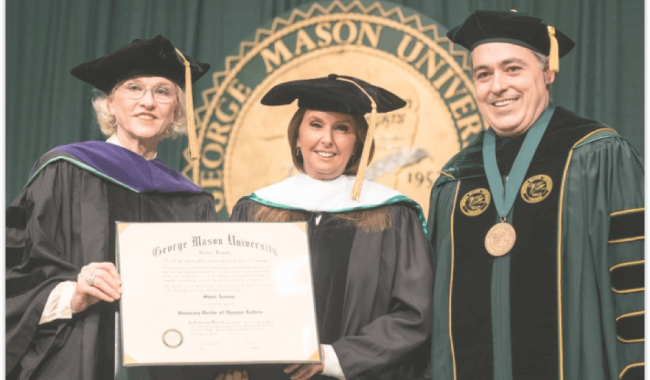 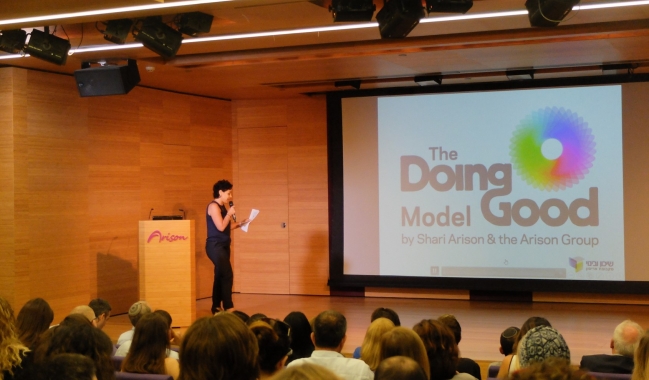 Shari Arison’s book, "The Doing Good Model – Activate your Goodness in Business", is a practical guide for implementing and realizing the vision of Doing Good in every business. 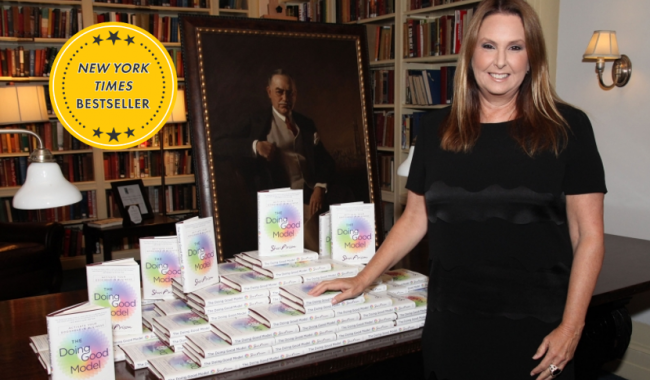 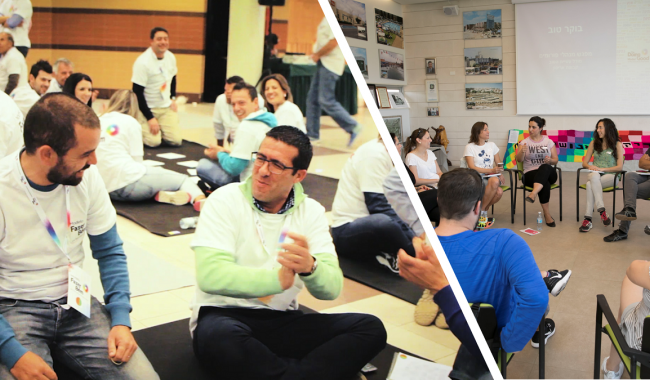 The Doing Good Model spins off as an independent social enterprise

The Doing Good Model LTD was established with the vision of making a values based world, led by David Arison. 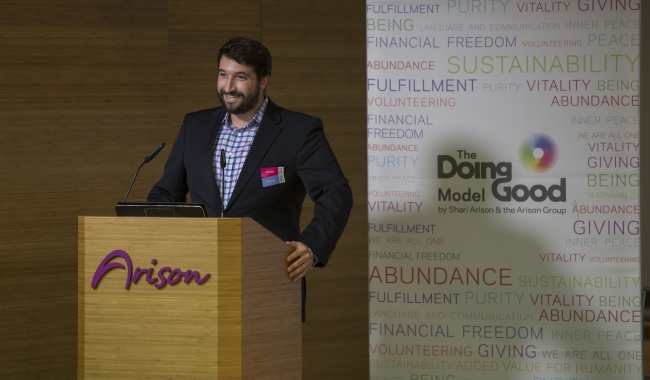 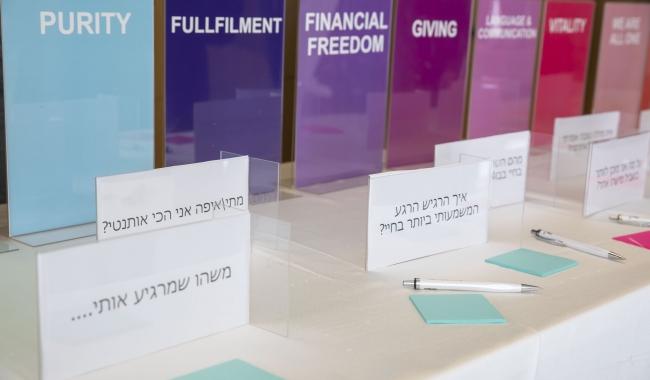 A practical, unique program for mid-level managers who strive to lead teams to purpose, prosperity, and a valuable way of living. 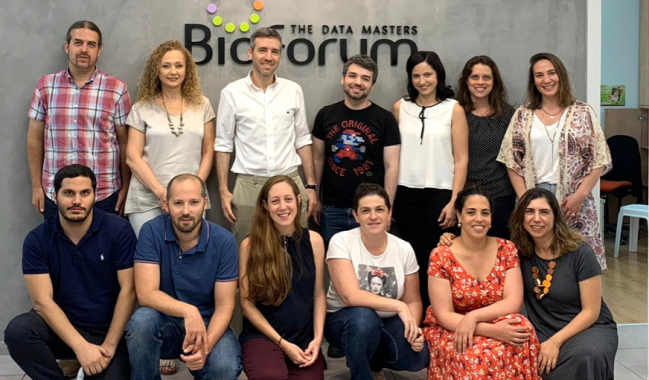 DGnet it's an online guide for businesses which contains a range of concepts, ideas, and tools to implement values in the their daily organizational routines. 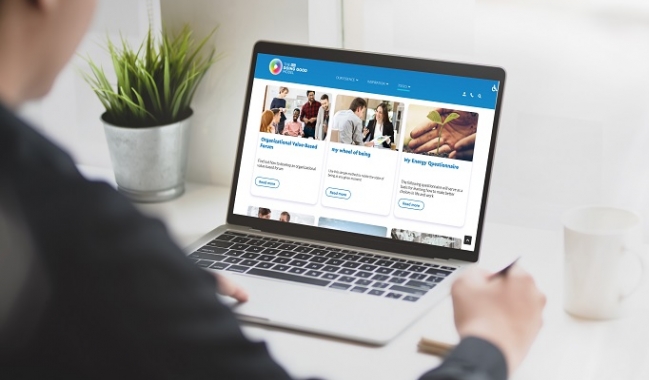 The Doing Good Model (DGM) is a sustainable value-based business model for positive creation worldwide. It is a practical day-to-day tool for integrating values at the core of businesses, nonprofit organizations, communities, and individuals. DGM combines 13 fundamental human values for the benefit of society, economy, and ecology. 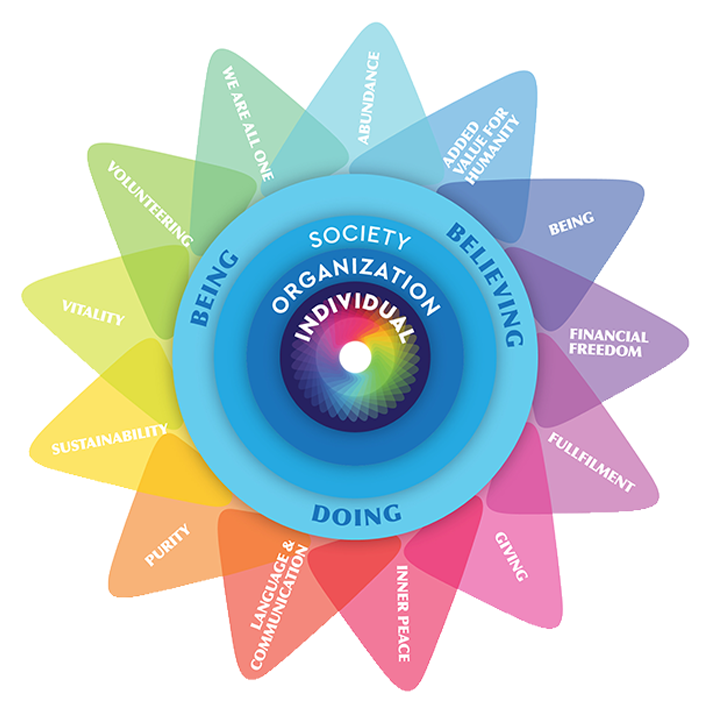 The courage and ability to lead to a better world by connecting between thought, emotion and actions, and the fulfilment of the universal potential.

Harmonious existence with all the components that create the whole.

The freedom (and the desire) to choose, based on responsibility and understanding of the framework of abilities and economic possibilities at any given moment.

Realizing the self’s full potential (while being at peace with our choices).

Give your own from a sincere, empowering and true place.

An internal, personal, continuous and constant process that leads us to a quiet place, balanced and tranquil within us.

A range of channels that facilitate the sending and receiving of information with a synchronization, authenticity, respect and precision which lead to an understanding of messages the way they are.

The clarity of thoughts, intentions and actions.

Protecting and enhancing existence through economic, social and environmental balance – for us and for the generations to come.

An internal driving energy that enables a dynamic pace of life, vibrancy and consent renewal.

Action in the community, based on inner strength and love for others.

Each person has his or her uniqueness. All of us comprise the whole and constitute part of it.

Recognizing that everything exists and taking responsible action for ensuring ‘what is’.

DIMENSIONS OF IMPLEMENTATION
Being, Believe, Doing

The connection of the individual, the organization, or community to the values of doing good can be expressed in the dimensions of beliefs, actions, or experiences. The implementation of the value or values can be carried out during a natural evolution process or by a conscious choice.

Every entity in the circles of influence can feel some kind of connection to the value. Some will turn directly to actions (doing), others may open their beliefs to the value (believing) or will experience the value (being). The Doing Good Model is dynamic; there are reciprocal relations and overlaps between the values and the conceptions, and sometimes even "contradictions" or conflicts.

A person of values, who believes, experiences, and acts according to their values, will be a better manager. One that is more effective, communicates better, more productive, and who will positively influence their environment. Managers like this will lead the organization to achieve their vision, goals, and values concerning all the stakeholders, and will positively affect the community and the environment.

Shari Arison is the owner of the Arison Group, a business and philanthropic group. For two decades, Shari Arison has envisioned, developed, and realized all of values of The Doing Good Model in the group’s businesses that operate in diverse fields, and in all of the group’s philanthropic organizations.

David Arison serves as the Executive Chairman of The Doing Good Model, and VP of Global Relations at Arison Investments and The Ted Arison Family Foundation. He also serves as a board member on three major boards at the Arison Group: Arison Investments, The Ted Arison Family Foundation, and The Doing Good Model. He is also as an Executive Board Member of the organization Innovation Africa, and Co-Founder of the organization The Impact. Prior to his current positions, David Arison served as VP of Global Business Relations at Miya, Arison Investment's global water company, where he was responsible for strengthening and managing the company's associations worldwide.

Efrat Peled is the Chairman and CEO of Arison Investments, responsible for managing all of Shari Arison's business activities. She also serves as CEO of SAFO (Shari Arison Family Oﬃce) in Miami, and had served on the Boards of Directors of all Arison Group companies, which are positioned as the pillars of the Israeli economy. Efrat Peled is a former member of the World Economic Forum selective group of Young Global Leaders. She was ranked in Fortune's 50 Most Powerful Women in Business. Under her helm, Arison Investments continues to invest in initiatives that bring added value to society, the economy, and the environment.

Jason Arison heads The Ted Arison Family Foundation, a privately-held family fund that annually contributes to hundreds of nonprofits and organization in diverse fields of operation. The foundation realizes the Arison Group vision of Doing Good, through social investments and strategic philanthropy. Jason Arison is a member of three leading Boards of Directors at the Arison Group, and also serves as the Chairman of the Young Friends of the Tel Aviv Museum.

Daniel Arison-Dorsman is a member of three leading Board of Directors at the Arison Group, a global business and philanthropic group, which operates to realize the vision of Doing Good through values-based investments and social ventures. Daniel Arison-Dorsman, who supports social ventures in Israel and worldwide, was listed on Forbes Israel’s 30 Under 30 Top Influencers 2018, and is also the Chairman of The Israel Philharmonic Orchestra Young Friends Association.